Amuro Ray's NU Gundam gets an RG kit release from Bandai! Its distinctive colours are carefully reproduced, including three shades of light gray to increase the visual depth. The shoulder and abdomen joints are fully flexible to give it increased posability, and the shoulder armour can also flex with more dynamic posing. The leg armour can slide with the movement of each joint, too. It's fully armed with its beam rifle, hyper bazooka, missiles and more

This will be another massive release that will outsize some Master Grades, and the detail is going to be the same stellar quality that you've come to expect from the Real Grade line. 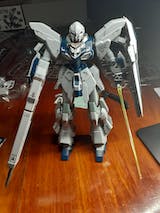 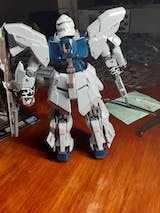 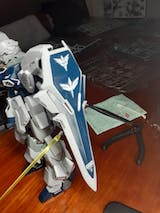 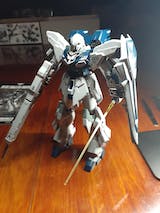 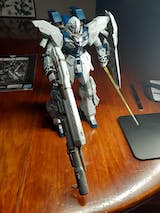