The new robot from the second season of "Gundam Build Divers Re: RISE" based on Gundam Astray gets an HGBD model kit from Bandai! The beam parts can be attached to the armour on both arms, and it's also equipped with weapons attached with lead wires. The rifle can be detached, and it also has a hidden transformation function

The kit also shares some of its molds and parts from the Gundam Astray No Name that first appeared in the Gundam Build Divers anime series, with tons of new modification and gimmicks. The kit can also transform into its Cuadro (Normal) and Reverso (Expanded) forms depending on battle situation. 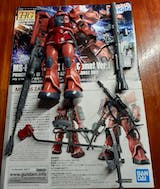 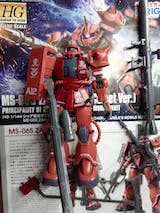