The 00 Raiser has previously been released in plamo form as a High Grade kit, a Perfect Grade kit, and even as a super-deformed kit. Now they’ve finally done it in MG! The inner frame is adopted to not only 00 Gundam, but also to the 0 Raiser. This kit is big for a Master Grade, probably because it’s two kits in one! Included are the 0 Raiser, GN Sword III, two GN Sword IIs, the GN Shield, and effect parts for all of them! There’s also a light emitting gimmick; Lighting GN can be recreated by using the included LED unit. There are five total light emitting points, but only one LED unit is included.

Includes 1 Gunpla Green LED Unit without batteries.
A long-awaited release, the 00 Raiser has finally joined the MG series!
The inner frame structures are adopted not only to 00 Gundam, but also some of the parts of O Raiser.
The cockpit block can be opened with a gimmick.
The O Raiser Binder has a gimmick for opening and closing.
You can reproduce the scene of luminous GN particle with included LED unit.
The weapons, GN shield and GN sword II and GN beam saber and so on, are newly designed.
Includes the GN particle storage tank.

As an old kit, a lot of the technology is lacking compared to more recent MG kits. I like how plain it can be if you don't do touch ups like panel lining or apply the decals. Very close to the anime too as the inner frame is more of a lavender colour as opposed to the black seen in stock pictures. Only grip I have is the ball joint in the legs which can loosen up very much in time and that it slides back and forth.

B
Bandai 1/100 MG Gundam Age-1 Normal B. (Adelaide, AU)
Gender: Male
Comments: Fantastic kit for builders and a must have Master Grade. This will hold up well.
NPS score:
Spoiler and vents

Very nice articulation, basic set of accessories like the rifle, shield and beam sabers but this kit has very sturdy hands, like the stickers that goes behind the clear plastic on the head and torso and the stickers that feel like a thick plastic on the knees go nice with colour correction. But the big thing that I focused on more than most was its spoiler and all those vents in the arms and legs which are definitely not seen in the anime or art of it.

This machine is piloted by the legend himself Amuro Ray in the Mobile Suit Zeta Gundam series.

As always with a HG kit, its design will be greatly improved with a MG release, hopefully one day 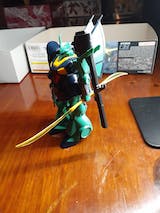 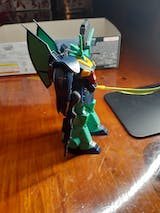 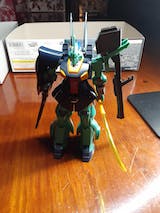 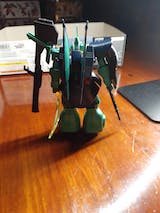 S
Bandai 1/100 MG XXXG-01H Heavyarms EW Ver. S.
Gender: Male
Comments: Amazing kit highly recommend getting ASAP
NPS score:
Likes: Got this and another MG on a Friday, was expecting on the Monday, arrived on the Saturday which was a happy surprise & parcel delivery on Saturday are rare
When you see the weapon load out on this machine, there's only one course of action..... RUN!!!!

The Heavyarms EW is a solid MG for all too enjoying.

If you're fan of a machine with a massive weapon load out, then this is up your alley. 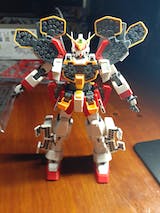 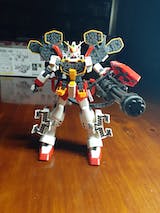 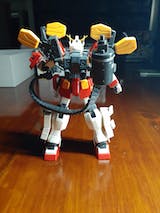 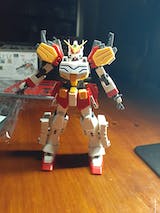 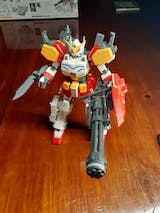 The product arrived quick and the packaging was great